7 times lyricists should have employed a fact-checker 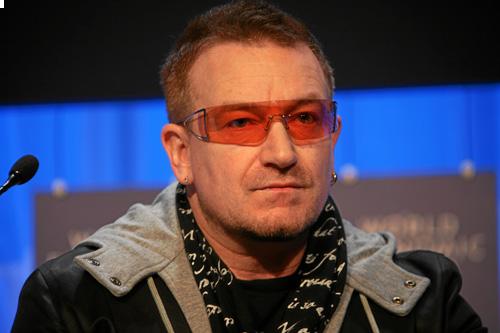 We all know that lyrics are not always meant to be taken completely literally. That’s the beauty of songwriting, with artists often employing beautiful imagery and perfect metaphor to give their songs extra punch: Elvis’ ‘Hound Dog’, for example, was not actually a dog, and Katy Perry’s call to love yourself like a ‘Firework’ doesn’t require setting yourself on fire and retreating to a safe distance.

Sometimes, though, artists get even basic facts wrong without doing their homework. Admittedly most were not writing in the age of Google, but a quick check could have saved many of the following acts from some embarrassing slips of the tongue…

U2 – Vertigo (2004)
We’ll start off with one that even the most fleeting Spanish speaker can spot. Bono introduces the song with a classic countdown with Iberian flair – “Uno, dos, tres, catorce” he barks. Unfortunately, it’s Spanish for “one, two, three, FOURTEEN”. Not the most literate – nor even numerate – start to a song there, lads.

Pitbull – I Know You Want Me (Calle Ocho) (2009)
Pitbull, on the other hand, has been doing sterling countdown action for most of his career and really nails the “one, two, three, four” opportunity given to him on this 2009 hit. He does, however, ask us to “watch me make a movie like Albert Hitchcock.” Presumably Albert is as much of an accomplished filmmaker as his distant relation, Alfred.

Jay-Z – It’s Hot (1999)
Listen, J-Hova. When you tell us that your ".38 revolve like the sun 'round the Earth", not only are you employing quite a weird gun metaphor, but you’re also getting something that scholars have had nailed for millenia very wrong. Maybe he’s a flat-earth theorist.

Fleetwood Mac – Dreams (1977)
“Thunder only happens when it’s raining”, sings Stevie. Unfortunately this one is easily disprovable after one rain-less thunderstorm, of which many have happened. You wouldn’t even need to get Michael Fish on the phone to check this one.

Primal Scream – Star Sister (1997)
“Sister Rosa, Malcolm X and Dr. King… Their bodies may be gone but their spirits still live on” – a beautiful sentiment from Bobby Gillespie and co, except Rosa Parks was still alive at the time of release in 1997 and remained that way until October 2005.

Fergie – London Bridge (2006)
Beyond being possibly the worst song ever written, Fergie gets in a bridge-based muddle here. “How come every time you come around/ My London London Bridge want to go down”, she sings, not knowing that London Bridge is pretty immobile. She might be thinking of Tower Bridge.

Alanis Morrissette – Ironic (1995)
“It’s like rain on your wedding day,” “A traffic jam when you’re already late” etc., are all in essence un-ironic happenings. “Being run over by an ambulance” doesn’t have the same ring to it, admittedly, but ironically none of Alanis’ ironic examples are actually ironic. Irony!